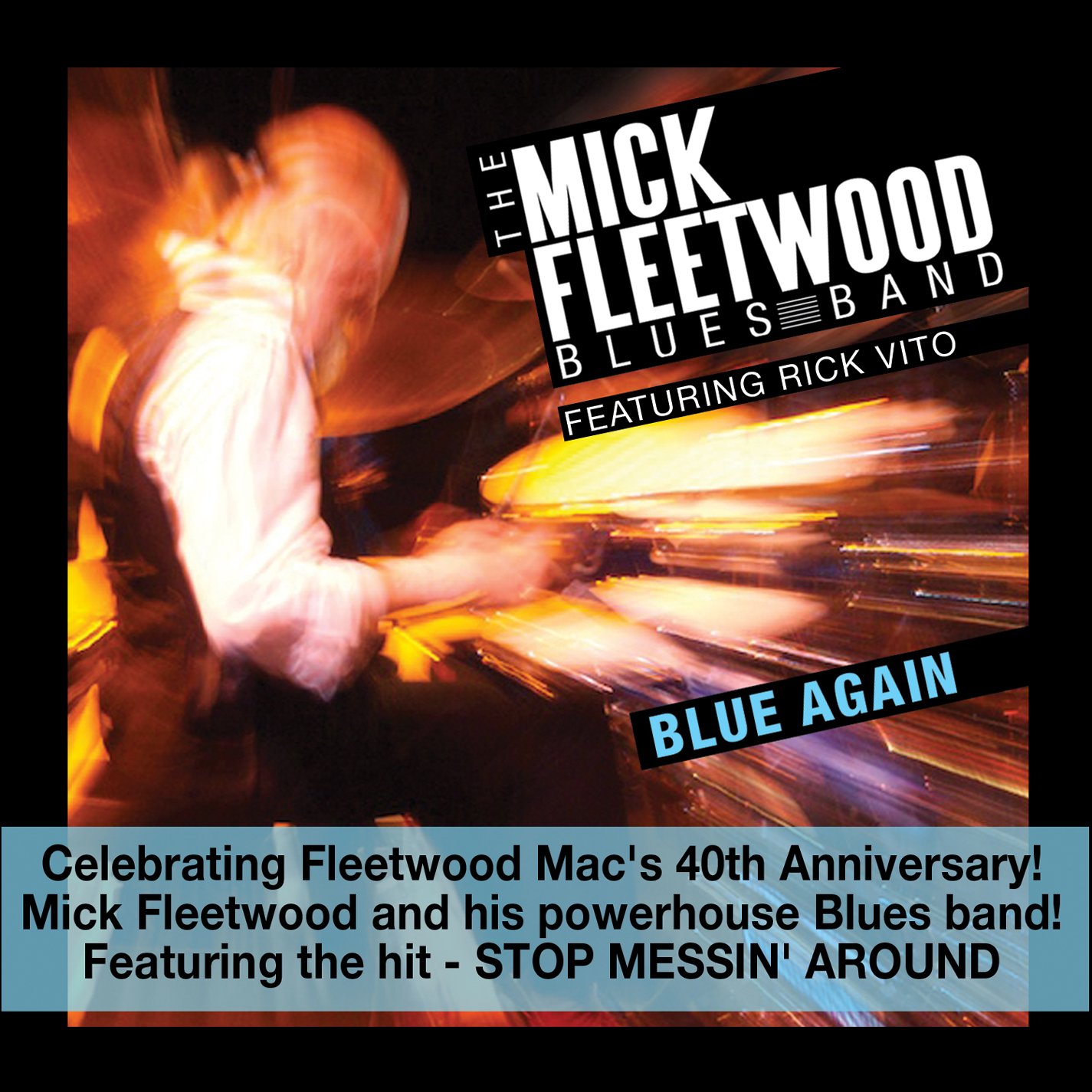 Revisiting the blues and the blues-oriented classic songs of Fleetwood Mac, iconic rock drummer and band co-founder Mick Fleetwood has assembled a hand-picked quartet of musicians, The Mick Fleetwood Blues Band, who've created this stunning new live recording. Equal parts blues rave-up and loving homage to the early incarnation of Fleetwood Mac, BLUE AGAIN is a showcase for Fleetwood, who has teamed up on this recording with guitarist and lead vocalist Rick Vito, bassist Lenny Castellanos and keyboardist Mark Johnstone. This powerhouse blues project features versions of early Peter Green-penned hits such as 'Black Magic Woman,' 'Albatross' and 'Rattlesnake Shake' as well as original material composed by Rick Vito (with a rollicking version of Elmore James' 'Shake Your Moneymaker' included for good measure).

Produced by Mick Fleetwood and Rick Vito, BLUE AGAIN was recorded live at the Sheldon Concert Hall in St. Louis, Missouri in February of 2008. The immaculate recording gives the songs a vibrant, modern immediacy which transcends easy nostalgia. Says Mick in the liner notes: 'Over my career I've been called a pop star and a rock star, yet in my inner heart, I will always be part bluesman. On my journey from blues to a life of rock n roll, I've always remembered where I started.' BLUE AGAIN is both an original musical tour de force and a respectful tribute to Fleetwood Mac (in the midst of celebrating their 40th Anniversary), initiated by the sole member of the band to be in every incarnation from the beginning.

A companion DVD is scheduled for release in Fall 2009.

"Blue Again, Fleetwood's first album with his new band, strives to bring back the music that sparked the movement. It's a hybrid album, composed of old songs (written by Green from the first incarnation of Fleetwood Mac) and new material by Rick Vito. One of the album's "vintage" songs is Green's "Love That Burns. -- NPR

"Both Blues Again packages return Fleetwood to his blues roots, a far distance musically from the albums that would follow from Fleetwood Mac throughout the following decades." -- The Examiner

"Mick Fleetwood celebrates with "Blue Again," a live album that ably documents the fire and finesse of his touring band, led by another Mac alum, guitarist Rick Vito. The disc centers on songs Green wrote- "Looking For Somebody," "Stop Messin' Around," "Rattlesnake Shake," "Albatross" and the like -and is as much a tribute to Green as it is a paean to the music Fleetwood fell in love with as a teenager with a drum fetish. Nicely done. " -- "i"The Buffalo News"br""br""This Live album is a step back into that wondrous period with some surprises. Blue Again, the title of this album reflects this journey." -- "i"Musictap.com

The whole range of wallets and small leathers

Discover
Our selection Crushes from the new collection

Black Sails: The Complete Collection (Seasons 1-4) [Blu-ray] [Re
No pictures

To be determined Shipping
$0.00 Total